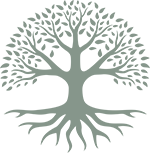 Here are men's, ladies and seniors fixtures lists for 2021 – if you are a member, please download and keep a copy for your records.

16th May: As well as winning our first match here against Trethorne, several club competitions were concluded with Roger Trevaskis retaining the Winter League Trophy. The Winter KO competition, split for the first time, created two new winners. In a tight affair Paul Upperton defeated David Gibbons to win Group A, with Jim Smart claiming Group B with a tough encounter with Chris Symes.

Our first "major" of the year was the Spring Trophy which this year went to Keith Eccleston. David Gibbons and John Owen took the other places.

The month of May saw the second "major", the Champion of Champions Trophy, which was narrowly won by Robbie Bryant. Graham Smith and Andrew Varney came second and third.

For their second match of the year the Beavers travelled to Truro, always a daunting prospect. However in a closely fought contest the hosts ran out winners four and a half, three and a half."

27th April: The Budock Vean Seniors won their opening match of the year, beating Trethorne Golf Club 4 -2. It was Trethorne's first visit to Budock Vean, and fixture that will remain in the diary for next year.