With the recent announcement that Carbis Bay in Cornwall will be hosting the G7 Summit in June 2021, we thought you may like to read some interesting bits of information connecting it to the 10 nations attending. Our thanks to Visit Cornwall for this article. 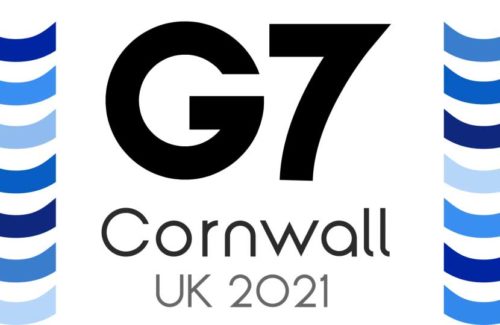 Budock Vean is about an hours drive from Carbis Bay, but we’re only 15 minutes/6 miles from the National Maritime Museum in Falmouth, where the media centre will be located.

1: It is claimed that over 2 million people in America can trace their ancestry back to Cornwall. Many are descended from miners who left Cornwall throughout the 1800s to seek their fortunes overseas. They spread across the States from the Great Lakes to California, mining everything from lead to gold. Over the years they attracted the nickname ‘Cousin Jacks’, a name now chosen by a bakery in Grass Valley, California who make their own Cornish pasties. It was this mass emigration to mining communities all around the world that led the way to Cornwall receiving World Heritage status in 2006.

2: Since 1993, the German national television station ZDF has filmed more than a hundred of author Rosamunde Pilcher’s stories.  Born in Lelant, just along from Carbis Bay, in 1924, her breakthrough came in the 1980s with ‘The Shell-Seekers’ which was also made into a UK TV film starring Angela Lansbury.  But it would be in Germany that Pilcher found her biggest following, with the films, shot in Cornwall with a German cast, leading to huge numbers of fans visiting the Duchy to discover the sites used in filming, including Prideaux Place at Padstow.

3: Cornwall’s links with Italy were once very fishy. Being a Catholic country, inhabitants were required to eat fish, especially at Lent. To help with the supply, Cornish fish merchants sent barrels of pilchards by the boat load to ports such as Genoa. There was even a poem celebrating this trade…

“Here’s a health to the Pope, may he never know sorrow, with pilchards today, and pilchards tomorrow”

Fishing harbours such as Newlyn, Mevagissey and Looe (where there’s now a heritage centre for the industry) exported the small fish in their 10,000s until the 1930s when trade with Italy was stopped.

4: Situated on the western outskirts of St Ives is the Bernard Leach Pottery. It’s been there since 1920 when Leach, who had Japanese grandparents, returned from the far east having studied ceramics in not only Japan but also China and Korea. Over the last 100 years it has helped establish studio potteries in the UK and beyond, and every year students still visit to be inspired by the work done here, much of which can be seen in the museum attached to the pottery.

5: On the 12 December 1901, Italian inventor Guglielmo Marconi sent the first ever radio signal across the Atlantic from Poldhu Cove, near Mullion on the Lizard, to Newfoundland, Canada, a distance of about 2,200 miles. The Lizard is also home to the Goonhilly Earth Station.  On 11th January 1962 the first inter-continental picture was transmitted from here across the Atlantic by way of the satellite Telstar. Though no longer in use, the iconic satellite dishes can be seen from many parts of West Cornwall and the hope is that they will be used in the future for space travel from Newquay Airport.

6: Born in 1765 in the Cornish port of Fowey, at the age of 20 Mary Broad was found guilty of stealing a bonnet and became one of the first women sentenced to transportation to Australia. On the journey she fell in love with William Bryant, also from Cornwall, and they married once they reached Botany Bay. They were in the penal colony there for three years until they manged to escape by boat with their two children and seven other prisoners. They travelled up the east coast of Australia, eventually reaching Timor, 5000 kms away, 66 days later. Here they were captured by Dutch troops who decided to send them back to England. When eventually they reached London both William and the two children were dead, and Mary was given a free pardon and returned to Cornwall.

7: Modern Art lovers should try to get to Tate St Ives once it reopens to view the exhibition of works by Korean artist Haegue Yang. Large sculptures, many made from industrial objects, and inspired by the Cornish landscape, are designed to be moved and spun to get the full effect. It’s a rare chance to see her art in the UK and is the first exhibition at Tate St Ives to be displayed both in the new gallery and the sea-facing gallery.

8: The Cornish Game Hen, a breed of chicken that found favour in America for being tender, flavourful, and meaty, is said to have been developed in Bengal, India in the 1820’s by Sir Walter Raleigh Gilbert. Born in Bodmin, his military career in India spanned 50 years, and although some of his actions are now questionable, on his death a large obelisk was erected overlooking Bodmin. It can be seen clearly by travellers using the A30 as they pass the town to the south.

9: The region of Brittany in north-west France has much in common with Cornwall, not least in the district of Cornouaille on the western tip. Like Cornwall, Brittany has a separate language of its own, Breton. In Breton, Cornouaille is known as Kernev, whilst Cornwall is known as Kernow in the Cornish language. Both languages are part of the Celtic tongue, along with Welsh and there are many similarities. Cornwall links with Brittany were very strong in the 18th century when trade between the two was undertaken much to the annoyance of the British and French governments.

10: The relationship between France and Brittany is very similar to the relationship between Cornwall and England, in that historians question as to whether they are separate nations or not? Although many regard Cornwall as a English county, it is in fact a Duchy and it is claimed that it has never been formally incorporated into England via an act of union. With its own language, culture and flag, and a boundary that is, for all but a handful of miles, a river, Cornwall is different from the rest of the UK, and long may it stay that way, because people seem to like it like that…